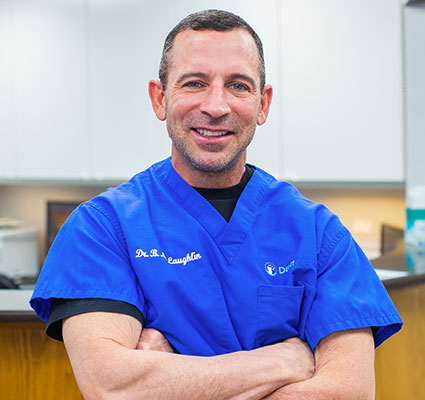 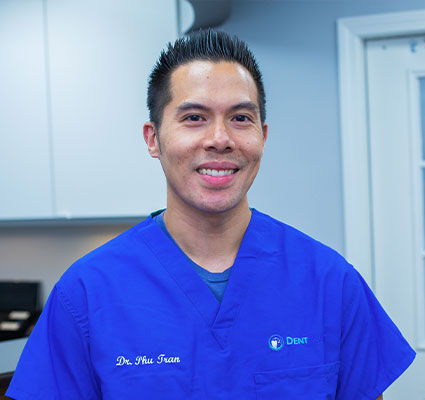 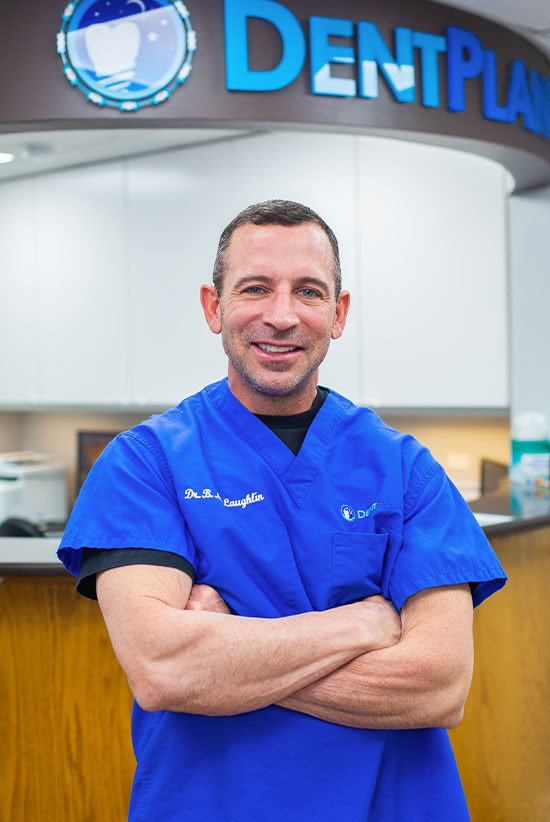 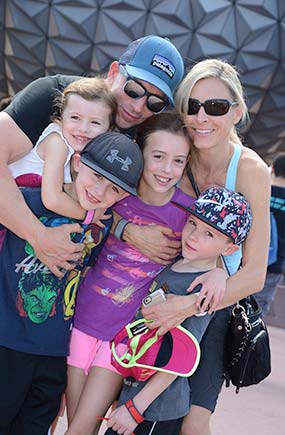 Dr. Brendan McLaughlin, the founder and president of DentPlant, was born and raised in the Boston area. Thanks to his parent’s commitment to education, he was able to attend some of Boston’s most prestigious private schools. Grade school years were spent at the Dexter School in Brookline and his high school years at the Belmont Hill School. He graduated from St. Anselm College with a B.A. in Biology. Dr. McLaughlin then went on to attend Boston University where he earned his M.A. in Biology. From there, he traveled to New York to receive his D.D.S. from New York University. Dr. McLaughlin then returned home to Boston to pursue his specialty training in periodontics and dental implants at Tuft’s University. Dr. McLaughlin is a firm believer that one’s education never ends. He regularly attends continuing education courses and reads constantly to stay abreast of the latest changes in his field.

Dr. McLaughlin is the third oldest of ten children. His father Stephen, also a periodontist, gave him a healthy respect for the art and science of dentistry and taught him the value of hard work. As a youth, it became evident that he would need to contribute to the cost of his private school education. Dr. McLaughlin started a landscaping business to help his parents pay for his education. Over a period of years, the business grew to a substantial size and became Bright Ideas Landscaping. The company motto, emblazoned on the back of the company t-shirts was, “college folk earning their way.” Dr. McLaughlin took on a managerial role while completing his master’s degree. Upon leaving for dental school in New York, he passed the business on to his four younger brothers who carried on the company tradition. During dental school, to offset the rising cost of dental education, Dr. McLaughlin became a certified personal trainer with the International Sport Sciences Association (ISSA). His knowledge of human physiology and anatomy gave him an advantage in this field. He enjoyed the process of helping people meet their health and fitness goals and this passion carries over into dentistry. While attending the Tuft’s periodontal program, Dr. McLaughlin was able to work part time as a general dentist at his father’s general dentistry practice in West Roxbury, MA. He worked there alongside his Father and sister Caitlin, who is also a dentist. The most recent chapter of Dr. McLaughlin’s career is the creation of DentPlant. Currently, he divides his time between the West Roxbury family practice and Dentplant.

Dr. McLaughlin has lectured to the Massachusetts Periodontal Society and also had the distinct honor of presenting to Dr. Per-Ingvar Branemark, a Swedish orthopedic surgeon, during the International Osseointegration Conference this February. Dr. P. I. Branemark coined the term “osseointegration” and the scientific basis upon which modern implant dentistry rests is the result of his research. Dr. McLaughlin is currently working on several publications of innovative surgical techniques with his mentor and chairman from Tufts, Dr. Terrence Griffin. 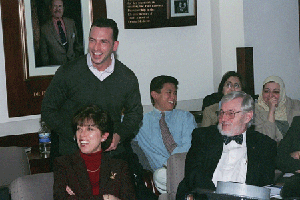 Dr. McLaughlin presenting to P.I. Branemark the founder and inventor of implant dentistry. P.I. discovered that titanium integrates with human bone and saw the first use for this discovery in treating people missing teeth.

Dr. McLaughlin is well known for his kind, gentle, comical, and disarming chair-side manner. He is a well-respected member of his community and profession. Dr. Mclaughlin’s greatest loves are his wife Suzanne and their four children Isabella, Colin, William, and Lucilla. 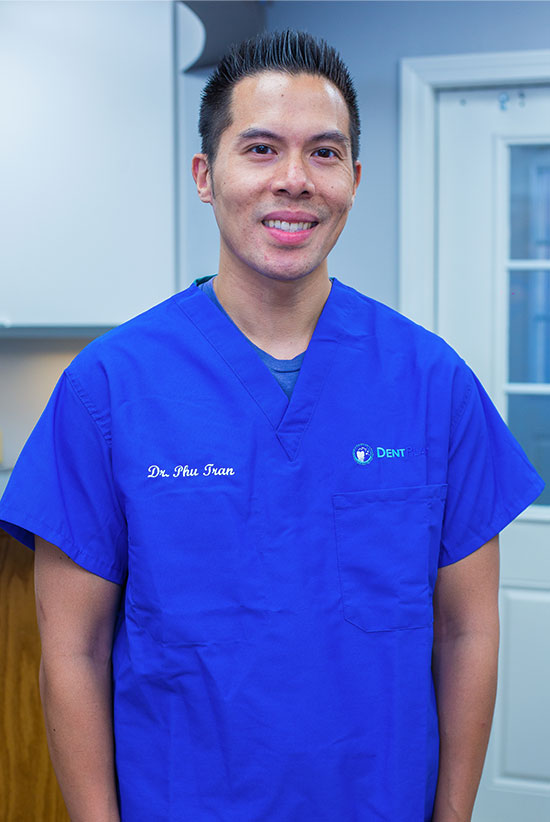 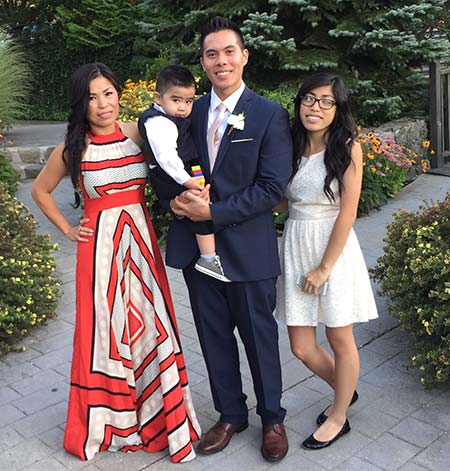 Dr. Phu Tran is a long time Bostonian, growing up in the city of East Boston and going to high school at Boston Latin School.

Dr. Tran is a graduate of Tufts University School of Dental Medicine. After dental school he completed a one year Advanced Education in General Dentistry residency through Lutheran Medical Center, Dental Medicine. He holds a bachelor of science degree from Massachusetts College of Pharmacy and Health Science.

Dr. Tran prides himself in providing the highest quality dental care and tailoring his treatment to each individual patient. He attends continuing education courses to stay on top of the evolving field of dentistry. Dr. Tran is a member of the Massachusetts Dental Society and American Dental Association.  He obtained a fellowship with the International Dental Implant Association for his dental implant training.

Dr. Tran resides in Braintree, MA with his wife Thao along with his two children Vivian and Evan.  He enjoys golfing, fishing and is a devoted Red Sox, Celtics, and Patriots fan.  He is delighted to be a part of DentPlant with the shared belief of providing comprehensive dental care for all of his patients.